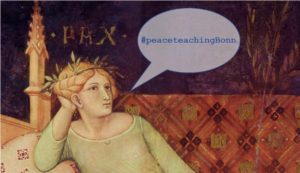 Rainer Bendick, 2.00 pm – 2.45 pm
A paradigm for the objectification of textbook representations? Failure and success of the German-French textbook discussions in the 20th and 21st centuries

This article summarizes the attempts made after 1919 to objectify the contents of textbooks in Germany and France, and formulates six theses on this subject.

In the late 1920s, the French history teacher and historian Jules Isaac developed a concept that anticipated modern ideas of multiperspectivity. By consistently linking the teaching of history to the methodological principles of historical studies, he was also able to make German positions comprehensible and avoid one-sided national positions. At the same time, similar concepts in Germany were not taken into account during the production of textbooks because the perception of the Treaty of Versailles made any critical examination of one’s own positions appear as a kind of treason.

Since the mid-1920s, the French elementary school teachers’ union boycotted all books that glorified the war, that refused to portray military engagement as “absurdity”, or that incited hatred of former enemies. Although this mitigated textbook representations, it hardly did justice to German positions. In retrospect, Marc Bloch saw this as a moral disarmament and a reason for the French defeat against Nazi Germany in 1940.

The first German-French textbook discussions in 1935/37 established a paradigm that was so successfully revived after 1945 that, today, hateful, pejorative or one-sided representations of the Other have disappeared from German and French textbooks. Nevertheless, there are desiderata of future textbook work: the methodological procedures and didactic concepts, in short: the ideas of what constitutes good teaching are so different that one can speak of “didactic nationalisms”.

Christoph Kühberger, 4.00 pm – 4.45 pm
Was Austria the first victim? Nazism in Austrian history teaching
The lecture deals with society’s response to National Socialism after 1945 in Austria. A particular focus is placed on the so-called “victim thesis”, according to which Austria was perceived as the first victim of the aggressive National Socialist expansion policy. This view can be traced back to diplomatic moments during the Second World War. However, at the end of the 20th century, Austrian historians worked out that this view on Austria’s National Socialist past was an untenable thesis. At the same time, the notion that Austria as a country and thus all citizens would have been “victims” of this policy of aggression has had a long-lasting effect and is sometimes reflected in contemporary arguments.

Dorothée Goetze, 4.45 pm – 5.30 pm
Comparison of international popular scientific journals of history
In one of his texts, the German singer-songwriter Rainald Grebe compares popular-historical conveying of history with a bar of chocolate that the recipients, when they feel like it, take out of their pockets and consume. Although Grebe is referring to a television programme, this image also applies in a certain way to popular history magazines.

Popular scientific history journals have become both an integral part of the magazine displays and public history. They appear in fixed rhythms and present a well-dosed selection of historical topics; history, so to speak, bit by bit. In doing so, they reach a broad interested but not specialized public. In this way, history journals not only serve a growing interest in historical topics, but also actively contribute to the construction of images of history in public; beyond, but certainly in addition to, the canonized and curriculum-sanctioned official representations of history taught in history classes. – This also applies to the topics of conflict and peace.

In my contribution I will examine how English, Swedish and German popular history journals take up and present conflict and peace as topics. To this end, it is important not only to look at aspects of content, asking which conflicts were selected, how they are presented and which peace agreements are cited, but also to consider the mediality of popular history journals. This investigation not only enables a comparison of contents and their representation, but also provides first indications of different public conceptions of history.